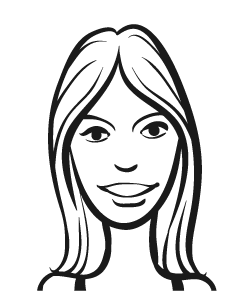 If you need to store delicate valuables and you're worried about them getting damaged, you've come to the right place. I'm Ella, and I love collecting vintage items. From antiques to furnishings, I've collected way too much stuff over the years to store in my own house. As a result, I've been using storage services for a long time. In that time, I've learned so much about how to keep fragile, sensitive and expensive items in tip-top condition while they're in a self-storage unit. I've started this blog to share what I know and I'll be posting on a variety of topics, including tips on moving valuables, packing them away, preserving them, and saving money at the same time.

Moving house is a stressful situation for anyone, but it is said that the more you prepare, the easier the moving day will be. As someone who is moving shortly, now is the time to be taking care of all the minor details because forethought adds up to an easier move once the furniture removalists arrive. For example, have you given thought to the movement of your big-screen television? A large television cannot simply be disconnected on moving day and placed straight onto the back of a truck. Therefore, to make sure you are fully prepared, here are three tips to ensure this electronic item gets safely to your new home.

Television manufacturers recommend that televisions must be repacked into their original box before being moved between houses. However, not all television owners keep the original supplied box because it takes up a lot of storage space. Therefore, you have a couple of options if you no longer have the original packing box for your TV:

The reason why returning your television to its original packaging is desirable is because the cardboard around it is thick and rigid and this will protect the screen from damage.

Before you place the television into its moving box, take a photo of the back of it before you remove any plugs. This is particularly important if you no longer have the user manual. You don't want to get to the other end of the move and have difficulty remembering which wire goes where. As you unplug each of the wires, put a piece of masking tape around it and write on that tape where the cord plugs into. By doing this, reconnecting the TV will be a piece of cake. Store all the detached cords in the same box as the television so that the cords do not get misplaced in transit.

Your furniture removalist knows that a large television can only go in certain places in the moving truck. Obviously, for example, nothing else can be stacked on top of it because that would damage the screen. Therefore, you must make sure the moving box is clearly marked fragile. If you are not using the original packaging, be sure to label the box to show that it contains your television. By clearly labelling the contents of the box and its fragility, the furniture removalist knows where to place it on the truck.

By following these tips, you'll have your TV successfully moved and ready to set up in your new home. Contact a local resource for more information about television or furniture removals.